With a large number of participants was successfully completed last month the GLOBAL JUSICE FORUM at the COLUMBIA LAW SCHOOL in New York. Our offices have been participating from the Forum’s  early stages in London and in Paris and this year were represented in New York by two attorneys. The Global Justice Forum with the Richman Center holds a seat at this highly ranked American University and had as its theme this year the income inequality and its legal consequences. This year’s legal event allocated credit points to N.Y. students and towards continuous education  while it enabled a great gathering of selected international Attorneys, Judges and University Professors from Asia, Africa, Europe  and the Americas.

Also in October 2014 our American partners from the LIEFF CABRASER HEIMANN & BERNSTEIN law firm (ranked for 2014 as America’s No 1 law firm in its category of plaintiff lawyers) hosted in their New York premises the coordination meeting of the GLOBAL JUSTICE NETWORK where our offices are a founding member and partner. Mr.Kokkinos was a speaker at this meeting that set forth the cooperation headlines and its ongoing structure. This network expands in dozens of countries all over the world and represents a major innovation on plaintiff attorneys practice. Its forthcoming General Assembly will be held in Amsterdam, Holland on April 2015. 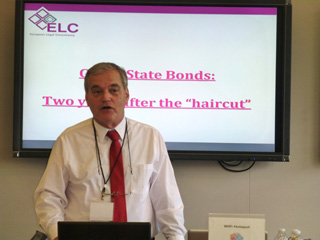 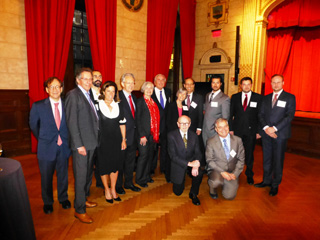