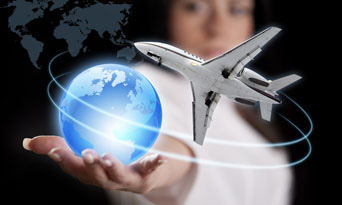 This branch of law concerns everything that has to do with flight, air travel and assimilated legal and business services.

Our outstanding relation to aviation started over 30 years ago. It was back in 1985 when we were mandated by the Geneva based CTA (Compagnie de Transport Aérien) a daughter company of Swissair, to exploit the possibility of opening the European skies and the 5th freedom right to the Swiss aviation. Then we were entrusted with the establishment of the first subsidiary of a Swiss carrier within the European Economic Community. Later we created all the companies of the Swissport Group in Greece, set up structures of the offices for various airlines in Greece and initiated the opening for the current ground-handling situation at the Athens International Airport “Eleftherios Venizelos” in Spata.

Furthermore we organized most of the third party ground-concessions of this new Airport using our knowhow and expertise from the Swiss concession-models already in place.

Our involvement in aviation was however much larger than ground services, concessions or Greek national boundaries. A large number of airlines and ancillary businesses have entrusted us with their legal coverage in Greece, in Switzerland and elsewhere. We were also heavily involved on behalf of Crossair pilots members of the “Swiss Pilots” on their dispute with the Swiss International Airlines. Similarly we represented the pilots members of the “HAPA” (Hellenic Airlines Pilots Association) on their dispute with Olympic Airways. Later on we were also involved with the privatization of this airline.

We have successfully defended travel agents on their issues with IATA in front of the Travel Agency Commissioner and also on arbitration proceedings under the ICC Rules.

Nowadays, as legal counsels of the B.A.R. (Board of Airline Representatives) in Greece, we are in permanent contact with national and international authorities (Civilair, Ministries, IATA, European instances) representing and defending the interests of the member carriers and of the aviation industry.